Sandy is currently working on several projects from an acoustic duo (Acoustic Too), a funk, groove, jazz band (Random Rhythm), and a new 80’s Alternative Rock band calling themselves The Totally 80s Band.

In the recent past she had the privilege to be the lead singer for Cheap Date and RocKandy, and has stood in with Get Groovin’ as well as other bands performing throughout San Diego and Riverside counties.

Over the years Sandy performed, formed and recorded with several notable bands. She had the luck and privilege to sing background vocals during the Metalica “Master of Puppets” sessions in 1985 at Amigo Studios where she was working. She was critically acclaimed as a featured artist on the Rooster Teeth Red vs. Blue and RWBY animated soundtrack projects.

Her trademark rich vocals deliver the dynamics, depth and emotion that make her performances an experience.

Sandy’s oldest brother Pat was one of her greatest musical mentors. She spent hours in Pat’s room listening to Queen with the volume on 10 singing at the top of her lungs while she learned how to play drums on a set that he had.

Sandy began playing country and western music professionally at Johnny D’s in Somerville, MA at age fifteen. At eighteen she was featured in a number of country bands in New England and performed in Salisbury, ME and Newburyport, MA on a regular basis. She also had a weekly gig as a soloist at a club in Cambridge, MA called “The Original” where her father hung out (never doubt the comfort of a dependable audience!). Sandy joined a pop/rock band called the Chasers who became a successful local MA cover band. She switch off played drums for a few songs while the drummer came out to sing. Good times…

Sandy co-founded her next band “Sandy Starr” with her soon to be husband John DeChristopher (recently retired worldwide artist relations manager for Zildjian cymbals). The band had great success as one of the better Top 40 cover bands in the New England area and then they played fulltime all over the US for a few years. That was an experience that Sandy thinks that every musician needs to feel what it means to be a true musician (hungry!).

Sandy moved to LA in the mid-eighties and landed a job at a Amigo Studios in North Hollywood (before Warner Brothers bought them). Working there allowed her to meet and hang out with some of the most incredible artists of the time. Most of these artists were those she had idolized and been inspired by up to that point in her life (Don Henley, John Denver, Alice Cooper, to name a few).

While doing backup vocals (including some for Metallica) she met an amazing musician by the name of John Manikoff. They started singing and writing together and co-wrote a deeply sentimental song about Sandy’s sister Susie which she plays to this day when performing solo.

When Sandy moved back to Boston she was re-acquainted with a friend of her father invested in her career. She recorded the song co-written with John Manikoff along with a song for the producer on her B side. A record company did have interest, but it never gained enough velocity to breakout.

Sandy put music completely on hold for a while as her family grew. After things stabilized she joined a band called Synergy and really enjoyed being back on stage again. The band was good, but it was a huge struggle to balance parenting, working and a music so once again she stepped away from the stage to the hardest job on earth, being a mother.

In time, she joined a funk/dance band called FM. It was a fantastic experience, but the genre was different than anything she had done before and didn’t feel right. She spent some time in a dance band called Cheers which featured her and another talented woman named Diana up front. They played to sequences of top 40 tunes which was great fun, but the stress of playing clubs, working full time and an expanding family put things on hold again.

Sandy finally found the work, family, performance balance with a band called “DoubleVision”. DoubleVision was the premier Boston wedding band. The material was vocally challenging so she knew it was perfect for her immediately. That chapter ended after more than a decade, but all the members became close friends and continually stay in touch.

Sandy rejoined some of her Cheers band mates a couple of years ago and they got back into the sequencing thing and the formation of great Top 40 dance band named “The Synergy Band” or Synergy for short. That band has seen several changes over the last couple of years since Sandy moved to CA in 2014, but when they get Sandy up on the stage the joint starts rockin like it was yesterday.

Sandy brought her talent and experience to the studio to work with Jeff Williams and their daughter Casey Lee Williams on the recording and writting of songs for the soundtracks of Red vs. Blue and the critically aclaimed RWBY animated series from Rooster Teeth. In the summer of 2012 Sandy, her daugher Casey Lee (vocals), her son John DeChistopher, Jr. (drums) and Jeff Williams went out to RTX 2012 in Austin, TX to perform their work live with he rest of the very talented band for thousands of enthusiastic Red vs. Blue fans.

When Sandy isn’t busy with her trade show business, singing and playing or enjoying the beautiful weather she’s having fun in her studio working on various projects. 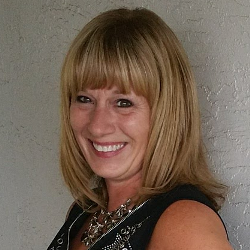 I love playing and singing as a solo artist, with one of my bands or as a duo with Acoustic Too. Let’s talk about the type of entertainment you’d like at your next event or private party.

“It’s a treat to hear a singer who has such a strong voice and can do so much with it.”

“It’s just so much fun to perform with her.”

“What an amazing and powerful singer”

“Everytime she sings you can see her soul shine.”

Sandy Lee CaseyJun 7, 2020 @ 12:44am
Thanks to everyone who joined my live stream today at: https://www.facebook.com/SandyLeeCasey/live

If you missed it you can catch the recording whenever you want.

To be sure you can join my live streams in the future remember to Follow me on Performer page: https://www.facebook.com/SandyLeeCasey/

Hope you can join me at: https://www.facebook.com/SandyLeeCasey/live/
Sandy Lee Casey
Sandy Lee Casey resides in Southern California’s Temecula Valley Wine Country. She performs solo on acoustic guitar and with her bands at various establishments and wineries.
4    View on Facebook

Sandy Lee CaseyJun 1, 2020 @ 1:15am
Had a great time yesterday rehearsing with my fellow members of the Totally 80’s Band. We haven't been together since our last gig in February! You wouldn't have known it if you had heard us. I just love working with professionals!!! 💋✌️👩‍🎤

Sandy Lee CaseyMay 29, 2020 @ 8:35pm
Facebook Friends! I am thinking about live streaming a half hour solo acoustic set next Sunday. I haven't played in a while and I know I'm late to the party but I think it would be good for me.

Please let me know if you'd watch and I would appreciate any tips/pointers from other musicians who have done it. I'll take any input you can provide.

Also, if you're from New England and you've seen me perform I'd love to know if there are certain songs you'd like to hear.
3 1    View on Facebook
Follow @Sandy_Lee_Casey
Tweets 28
Following 23
Followers 117
Likes 256
Sandy Lee Casey Retweeted · Stevie Wonder @StevieWonder
Jun 25, 2020 @ 1:25pm
The Universe is Watching Us.
Stevie Wonder @ 2 am. https://t.co/Fmf0kjId4V
View on Twitter 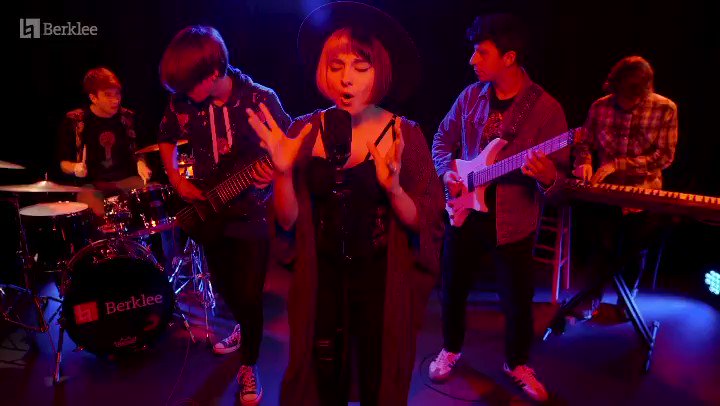 RETWEET if you support Harrison as he fights to beat Graham and take back the U.S. Senate! https://t.co/mvoRTDTYA3
View on Twitter 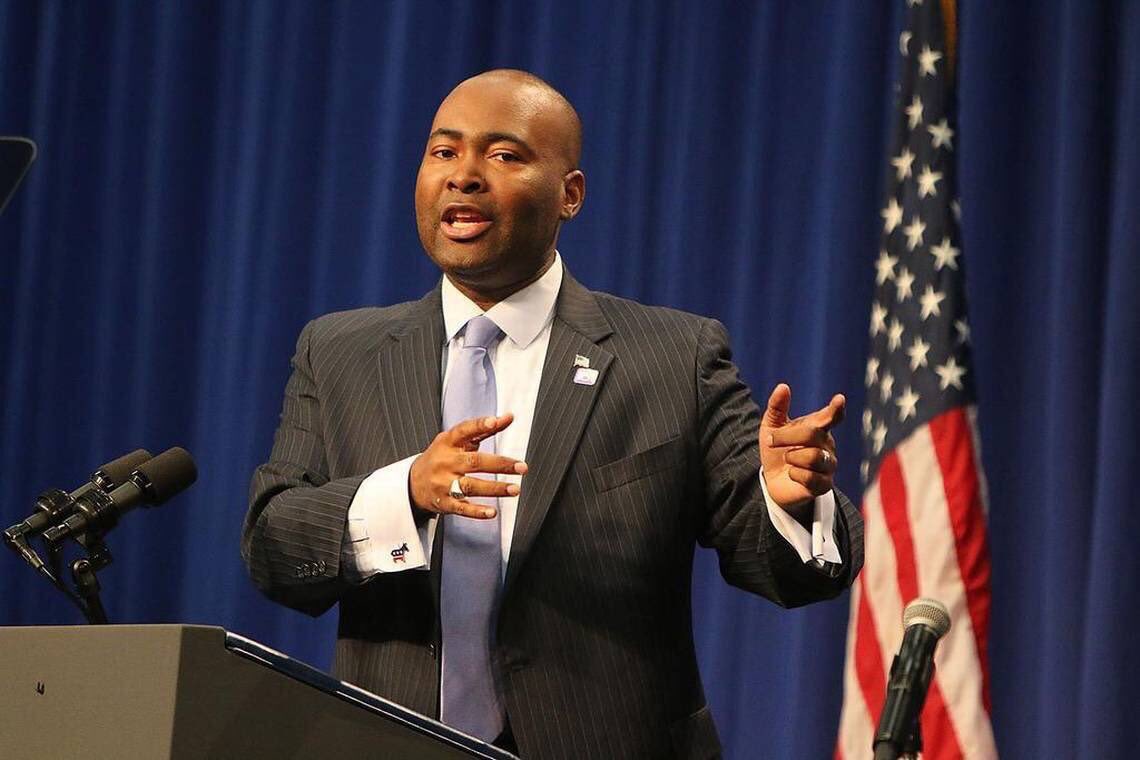